← Bear hug backlash
Do you hear what I hear? → 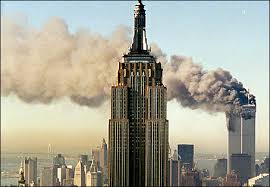 If you ask someone old enough to remember the attack on Pearl Harbor where they were when it happened, I guarantee they can tell you every detail up to the minute. The same is true for people around when Kennedy was assassinated. Every so often, Americans stand witness to events that define our national identity, unite us and burn themselves into our memories.

For my generation, the events that changed it all were the September 11th attacks of 2001. In honor of those who died that day or years later—as well as their families—I now share my experience of that fateful day.

The morning of September 11, 2001 began as any other. I was 30 years old and working as an assistant manager/jack-of-all-trades in a local Mexican restaurant. My shift started at eight, so I got an early start and stopped by Dunkin Donuts for an iced coffee, light and sweet. Nothing made opening the restaurant more pleasant than a jolt of my good friend caffeine. And since it was Tuesday, a traditionally slow day for lunch, I was looking forward to a quiet and peaceful shift.

The kitchen was already bustling when I arrived at the restaurant, so I immediately holed up in the office and started counting up last night’s deposit. It had been a good Monday judging from the wads of cash and credit card slips in front of me. True to form, I harnessed the power of my OCD and made all the calculations in record time. It was only 8:27. Plenty of time for a cigarette, I thought, so I headed for the bar, shouting “buenas dias” to the kitchen staff along the way.

The downstairs wait station was dark and when I turned on the lights, I was happy to see it was also clean and well stocked. Some managers liked to chill before the first shift of waiters came in to open the restaurant, but I wasn’t one of them. Most of the time, I started setting up both wait stations and even the bar, all the while performing my usual duties of turning on televisions and neons, wiping down tables and preparing the registers, to name a few.

I know now it was ADD that prevented me from sitting still and saving some work for the staff, but back then I just figured I was being helpful. Opening shifts always sucked because most of the people I worked with—as well as most of our restaurant brethren around town—always worked late and loved to party. Coming to a Mexican restaurant first thing the morning after a drunken shindig was not fun, I assure you. Something about the smell of stale beer, dirty ashtrays and fresh salsa just doesn’t mix well. If setting things up for the staff made things easier and kept them happy, then I was all for it.

Around 8:40, I saw someone come into the bar and take a seat at the corner. It was a young businessman who worked in the building and wanted to smoke a quick cigarette. I could certainly sympathize since I wanted one, too, so I went about my business. I should mention that the restaurant was located in a renovated power plant—we had two floors that included an outdoor patio overlooking the river—but the rest of the spaces were offices. It wasn’t uncommon for people to pop in early to smoke, watch some television or annoy the shit out of me for food and drinks before we even opened. And we didn’t open until eleven, so dealing with these “neighbors” hours beforehand could be very irritating.

The young businessman seemed harmless enough, but when I emerged from the kitchen around 8:48, I discovered a very different scene. The bar was now filled with people from the building, their eyes glued to the televisions scattered throughout the “cantina.” As usual, a dark cloud came over me and I started to curse under my breath. I assumed they all wanted something or decided to hassle me for some other ridiculous reason. At least until I saw the TV. screen for myself.

American Airlines Flight 11 had just struck the North Tower of the World Trade Center and smoke was billowing out of the damaged building. Everyone around me sat in stunned silence for a moment, but the whispers of disbelief and theories came quickly. “I bet it was some kind of technical problem,” I heard someone say. Another said, “Some air traffic controller really screwed up this time.” Whether we said it aloud or not, we all thought this was simply another horrible accident, some kind of unfortunate fluke.

People kept asking me to look for the footage of the crash, so I quickly found myself flipping channels between all the news stations, pausing only to watch the plane impact the building. It was horrifying, to be sure, but we could not take our eyes off of it. Just after 9:00, I settled on ABC News, returned to the crowd—thankfully, it had thinned a bit—and took a stool. I could finally smoke that cigarette.

As I was lighting up, I glanced at the television and saw the second plane, American Airlines flight 175, glide into view and slam into the WTC’s SouthTower. And it is that exact moment—somewhere around 9:03 of that unforgettable morning—that everything changed.

This was no accident.

Air travel is one of the safest modes of transportation in America, so the odds of one commercial airliner crashing into the World Trade Center in New York City were slim. The odds of two airliners hitting two different WTC buildings within a few minutes of each other?

Impossible, but not if this was intentional. And when we heard about American Airlines Flight 77 hitting the Pentagon in Washington, DC half an hour later, our worst fears were confirmed.

Terrorists had to be behind this, and I could only think of one person capable of such an act: Saddam Hussein. Of course, I also suspected that domestic terrorists could be responsible, like another Timothy McVeigh—who blew up the Alfred P. Murrah Federal Building in Oklahoma City and killed almost 170 people in 1995—or some extremist militia group. Honestly, I didn’t know what to think, but I shared my theories with the people around me, who in exchange shared their own. 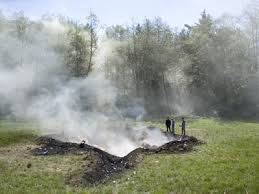 That’s when we heard the news about United Airlines Flight 93 going down in rural Pennsylvania. The room fell silent and filled with fear and hate and shock that were palpable. Looking back, I feel terrible for the waiters who arrived at that exact moment to set up for lunch. They not only walked into one of the most disturbing experiences in American history—neither of them had been watching the news that morning, probably so they could “sleep it off” longer—but also had more work to do. I never finished setting up, as you might imagine.

My memory of the remaining morning and day of September 11th has blurred over the years. I recall watching each tower of the glorious World Trade Center crumble and collapse, crushing everything and everyone below it and sending great clouds of toxic dust and dirt down crowded city streets. I remember seeing pictures of the NYC skyline without the great towers and sharing stories about my trip to the Big Apple with some close friends, but that’s about it. I have no idea what I did that afternoon or where I went that night, but one thing is certain.

I will never forget where I was during the attacks of September 11, 2001. After all, it was my generation’s Pearl Harbor and will forever be another “date that will live in infamy.”

← Bear hug backlash
Do you hear what I hear? →